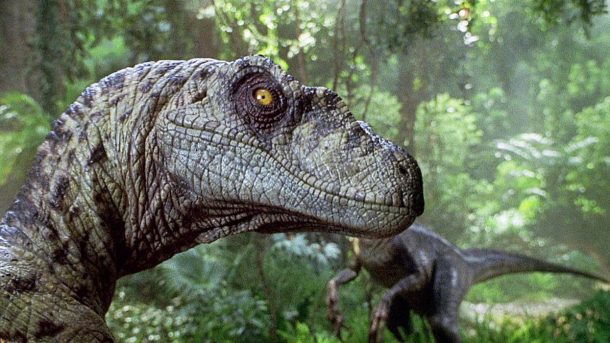 20 years later, they showed a cut scene from “Jurassic Park 3” in which a dinosaur rides a bike

“Jurassic Park 3” storyboard artist Dave Lowery revealed that there was a cut scene in the film in which a velociraptor would chase the characters on a motorcycle and fall off a cliff at the end.

In the video below, you can see drawings showing what this scene would look like.

Always fun to hear about moments that never made the film. Storyboard Artist Dave Lowery talks about the raptors chasing the kids off a cliff. And then. the raptor rides the dirt bike to its death. #JurassicPark3
Listen here: https://t.co/2shu3BaB0X pic.twitter.com/rYNGZKM7x7

“Jurassic Park 3” was released in 2001 and received mixed reviews from audiences. On IMDb, as of this writing, it has a 5.9 rating. It’s worth noting that the first and second installments of the franchise have 8.1 and 6.6 points, respectively.

Recall that “Jurassic World: The Authority” is due out in June 2022, with Chris Pratt returning to the role of Owen Grady.

Recently the first-person shooter Fossilfuel was released on Steam, and the developer calls it a mix of Half-Life and “Jurassic Park”.