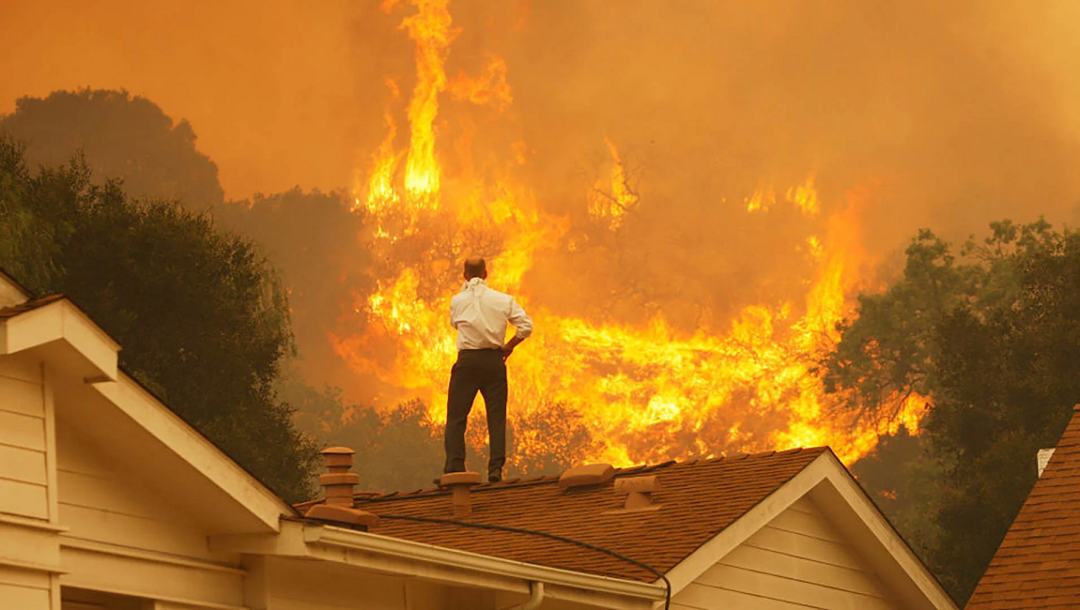 Filmmaker Lucy Walker ’s new documentary Bring YOUR PERSONAL Brigade is really a large, unwieldy film, bursting at the seams with ideas. While occasionally unfocused, Walker deftly navigates a tangled melange of tangential threads that eventually coalesce right into a tapestry of human suffering due to neglect and political intransigence. A British native who had moved to LA many years prior, Walker explains via voiceover that she was fascinated and disturbed by the prevalence of forest fires in your community and set about to analyze this issue. The film begins in earnest in Malibu on November 8, 2018. Within her ongoing project, Walker and her camera crew been embedded with the neighborhood fire department on your day the Woolsey fire broke out, razing large swathes of Malibu and Ventura County. This happened on a single day and only 500 miles from the now-infamous Camp fire, which destroyed the city of Paradise, CA. It’s an accumulation of remarkable, visceral, heartbreaking footage, possibly the closest many viewers will ever arrived at experiencing this sort of hellish scenario. Scenes of individuals trying in vain to safeguard their homes, or wanting to evacuate on clogged roadways while surrounded by flames induce white-knuckle terror. But Walker is wanting to access something a lot more than just the experiential horror of the tragedy. Instead, the film gradually transforms into another thing entirely.

Unlike Eva Orner’s Burning , which parts of Bring YOUR PERSONAL Brigade superficially resemble, Walker doesn’t build her film around a small number of repeating talking heads. Instead, she creates some sort of cacophony of voices; if the film loses something in its insufficient specific focus, it creates up for this in its sheer breadth of inquiry. Ultimately, the film isn’t about climate change – while numerous commentators admit that climate change has exacerbated most of these fires, the true problem is human intervention in what exactly are otherwise naturally occurring cycles of destruction and rebirth. Or, as you talking head puts it, these fires “aren’t acts of God but of human error.” Walker supplies a brief history of the settling of California, some gold rushes and decentralized growth that culminated in a libertarian mindset that abhors regulations and prizes personal freedoms most of all (a fitting enough conclusion to draw about America all together, too). Generations of European colonialism fundamentally altered the landscape, removing trees and introducing forms of grasses and saplings not indigenous to the spot. There’s an instant detour that takes aim at local timber barons Sierra Pacific Industries, the biggest landowner in California whose own holdings align with maps of the burn zone of the Camp fire. Experts testify to the legacy of clearcutting and deforestation, and how planting new, young trees to displace what’s been decrease actually creates a fresh, more combustible fuel load for fires. Or, once we are told, “logging takes the big stuff and leaves the tiny; fire takes the tiny stuff and leaves the big.” After the big stuff is fully gone, the tiny stuff burns quicker and hotter than before.

Further complicating matters are local fire departments and environmentalists wanting to convince citizens that some fires are in fact necessary, and perhaps that they are surviving in areas that never must have been developed. Builders and local regulators have seemingly no fascination with avoiding certain areas susceptible to naturally occurring blazes, instead let’s assume that fire departments will be on hand to place them out. That is at the very least partially true, at the very least for the richest amongst us. The title of the film is explained as a tale about rich homeowners having the ability to afford private firefighters. They are able to “BYOB” – bring your personal brigade. Walker takes her camera into local city council meetings and captures a citizenry and its own elected officials which are totally unwilling to create even the tiniest changes with their lifestyles to push away future catastrophes. It’s infuriating, a glimpse of humanity at its most craven and ignorant, specific in its context here but talking with failures of our larger cultural conscience. Walker tries to get rid of on a hopeful note, checking in on an area man, Brad Weldon, who has generated a commune of fire survivors who reside in harmony with the land. He’s a charming eccentric, and the tiny community he’s amassed supplies a roadmap of sorts for how exactly to coexist with a volatile natural world. Unfortunately, all of those other film offers ample evidence that Weldon and his type are outliers, and ordinary people are doomed to help keep repeating exactly the same mistakes. Less a teaching tool when compared to a brutal slap in the facial skin, Bring YOUR PERSONAL Brigade is really a wake-you-up call that depressingly might already be too late.