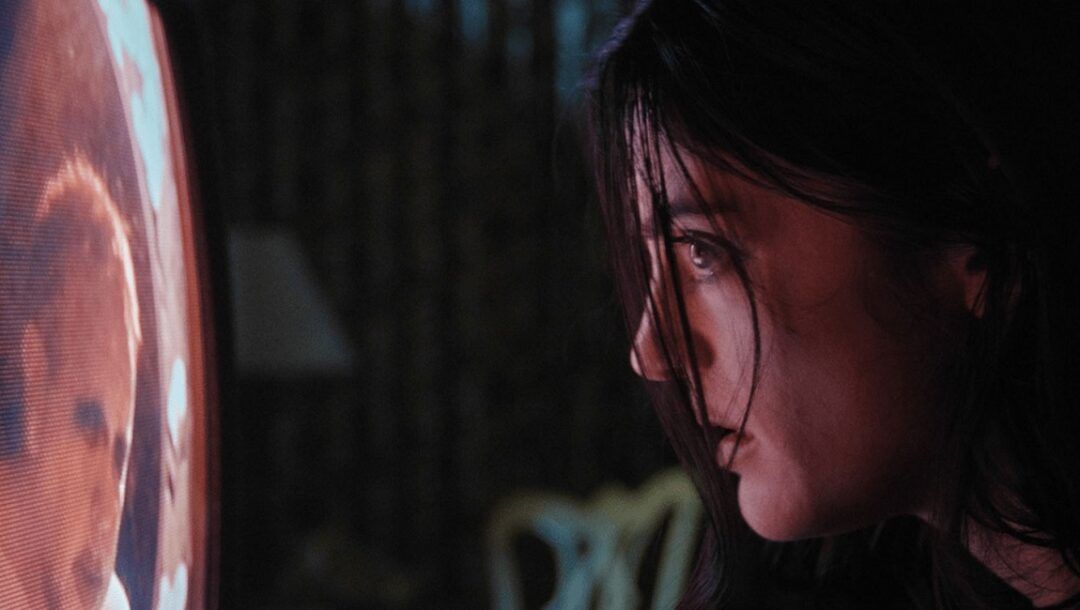 Brothers Erik and Carson Bloomquist could just be the hardest working filmmakers in show business at this time, and you have never even heard about them. Their latest feature, the thriller Night at the Eagle Inn , is their third film to be released in 2021, that one coming mere weeks after their last venture, Christmas on the Carousel . (Why the Christmas movie premiered before Halloween, and the horror one after, is really a question for another time.) Erik takes sole directing credit here, while both brothers share writing, editing, and producing honors. Commonalities between their films include 70-minute running times, single locations, and a small number of cast members. You can only imagine the budgets for these projects are minimal at best, and the mere proven fact that they’re getting distribution to wider audiences will probably be worth celebrating. Whereas their romantic drama from earlier this season, Weekenders , proved a welcome diversion because of its low-key naturalism and subtle charms, Night at the Eagle Inn is another beast entirely, a horror flick where two fraternal twins, Sarah (Amelia Dudley) and Spencer (Taylor Turner), happen to be the titular abode in the snowy mountains of Vermont hoping of finding answers regarding their parents’ long-ago disappearance, but rather find literal hell on the planet. One can’t help but be reminded of both The Shining and The Innkeepers as various supernatural events unfold, including disembodied voices echoing through empty hallways, furniture that progresses its, and static-ridden tv’s that display disconcerting imagery of dastardly deeds (okay, that could be more The Ring there).

But Bloomquist is not any Stanley Kubrick – hell, he could be no Ti West – and what results is really a deeply stupid thriller completely without thrills. So much key plot information is delivered in artless exposition dumps, as the “spooky” cinematography includes nothing more than several Dutch angles plus some various colored lighting. The score is indeed generic that it literally appears like one particular Halloween stations that pop-up on Spotify every October, a variety of obvious synth and sharp strings. The acting is competent in its best moments, outright embarrassing at other times – Greg Schweers, appearing because the Night Manager, produces major “Dinner Theater Jack Torrance” vibes, although his enthusiasm is, at the minimum, appreciated. It doesn’t have a bundle to scare audiences, as films like The Blair Witch Project and Paranormal Activity have made abundantly clear, but everything here’s so derivative and, to be honest, boring, as though everyone involved was merely going right through the motions. Perhaps there’s grounds why nearly all filmmakers don’t undertake multiple projects within the span of per year; Night at the Eagle Inn is nothing or even a definitive sign of burn-out. Go on and have a breather, Erik and Carson – you’ve earned it, not surprisingly latest dud.